Yesterday I completed my Powerboat II training with Cornish Cruising – in ONE day!  I’m so pleased, and a little bit surprised.  It was a great experience, with one of Falmouth’s local legends, JA.  He was very entertaining, and instilled a confidence in me that I really needed.  I was lucky enough to have one-to-one tuition, and because I’m a Day Skipper, most of the theory was known to me.  The point was to get me boat confident.

I was a bit surprised when we got into the RIB (same engine size as Kevin has, ridiculously powerful), that I was handed the controls straight away.  Backwards first, really?  We were squeezed into a tiny part of the Marina, and yours truly had to ease us out.  The beauty of the RIB is that it’s like driving a big fender, unlike Whinchat, so you can’t really damage it or other boats.  Once out, it was a motor out into the harbour, for some handling practice.  Figures of eights around empty moorings, to get a feel for the movement of the boat.  I was gaining confidence by the moment.

There is a recurrent theme throughout my blog, in that I’m alarmist when it comes to wind and sea.  The marine forecast was for conditions I wouldn’t chose to set out in (gale approaching and rough seas), although I thought the Carrick Roads would be more sheltered, given the wind direction.  It was a southerly, so the sea was piling right into the Roads, and rather than turn up river, we headed out.  Not in my plan for the day, but JA had other ideas.  It was hairy at first, as we cut through the waves, and even more so when I was told to throttle up.  WHAT?  I’m a good student, so I did, squealing as we ploughed through the waves doing 10 knots.  Every seventh there was a monster, and we hit the bottom of one trough pretty hard, but the RIB just carried on.  Remarkable.  I felt stable at all times, in terms of the boat, and as an exercise it was interesting, but it would be a bruising ride.  Turning back, we were surfing down the waves, speeds increasing.  It was exhilarating, in an ‘eeeeek’ kind of way.

I handled the manoeuvring well.  Picking up a buoy, coming alongside a marina berth – forwards, backwards – turning the RIB in its own length.  Breezy conditions for each, but you can use the wind, and water.

Unlike my DaySkipper, I’m not surprised to have passed.  I am that I did it in a day, with such enjoyment.  I am really proud of myself.

My ‘takeaways’ from the day: 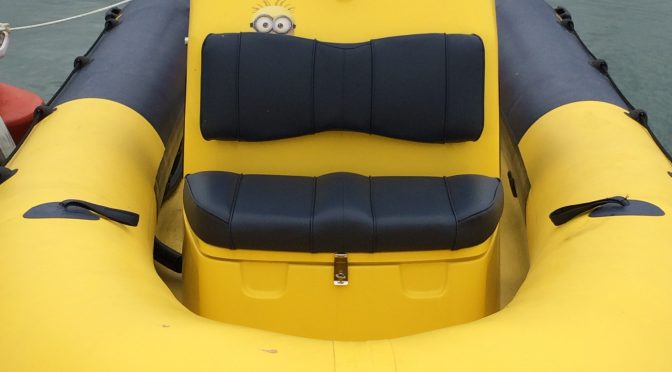 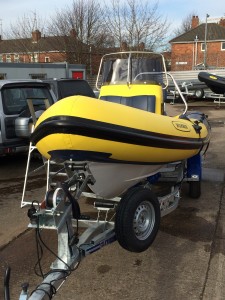 This will be heresy to some lovers of the ways of wind and sail, but since moving to Cornwall, we’ve decided that you ‘need’ a zoom-around-go-to-the-pub in kind of boat.  So, at the beginning of the month, we headed up to Hull (and back) bringing our very yellow Humber with us.  Meet “Kevin” everyone.

Yep, Kevin.  The photo doesn’t really show it, but Kevin is actually yellow and blue, and he was named after the fella in the photo below….  You might be right in thinking that Pete isn’t entirely convinced, but we’ve told enough people, and so it will stick. 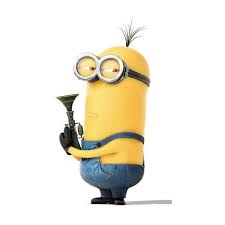 This won’t mean that Whinchat will be neglected.  Far from it.  If anything, that was last year, because of my very irritating knee injury.  She was very useful as a floating holiday cottage in Mylor Harbour, but she really should be used more than that.  And she will be.  For this year, we shall be heading to Spain.  Ole!  More about that in due course.

I shall be afloat for the next couple of days, in Falmouth, in February (I must be mad) as I am doing a power boating course.  I shall report back, when my hands have thawed out.